Whilst I work out the port timing calcs, here’s a very early picture of Roger’s Flying Squirrel racer frame to illustrate his description in the comments to the post ‘The evolution of the Super Squirrel racer’

The crankcase in this shot is, I believe the last standard Scott case that he ever used but fitted with the four bearing crank he made to help stem the tide of standard longstroke overhung crank induced engine carnage. Note the odd shape of the doors with the bolts in the middle. These are just blanking bolts; once removed a slide hammer can be attached to the doors to extract them as they obviously have to be a good fit to support the crank assembly.
The strength of the crank assembly was proven in quite extreme circumstances when there he started it at a meeting and it fired on one before hydraulic locking on the other cylinder, in which there had been a water leak. The contest of strengths was lost by the crankcase, which split across the main bearings. So much for sorting the crank problem.
Another interesting thing to note is the blind head block, which I believe was aluminium. This didn’t have any kind of higher compression inducing form work in the top to match the pistons, as his detachable heads do, but it would have been lighter than standard and running Silk pistons as we still do now.
just found some photos of the whole assembly:


Also here’s a picture of him working machining a crankcase for Ted Parkin’s Scott. I believe this has extra large doors to take a set of special extra long stroke cranks.

and here is Ted’s racer with new engine in place. 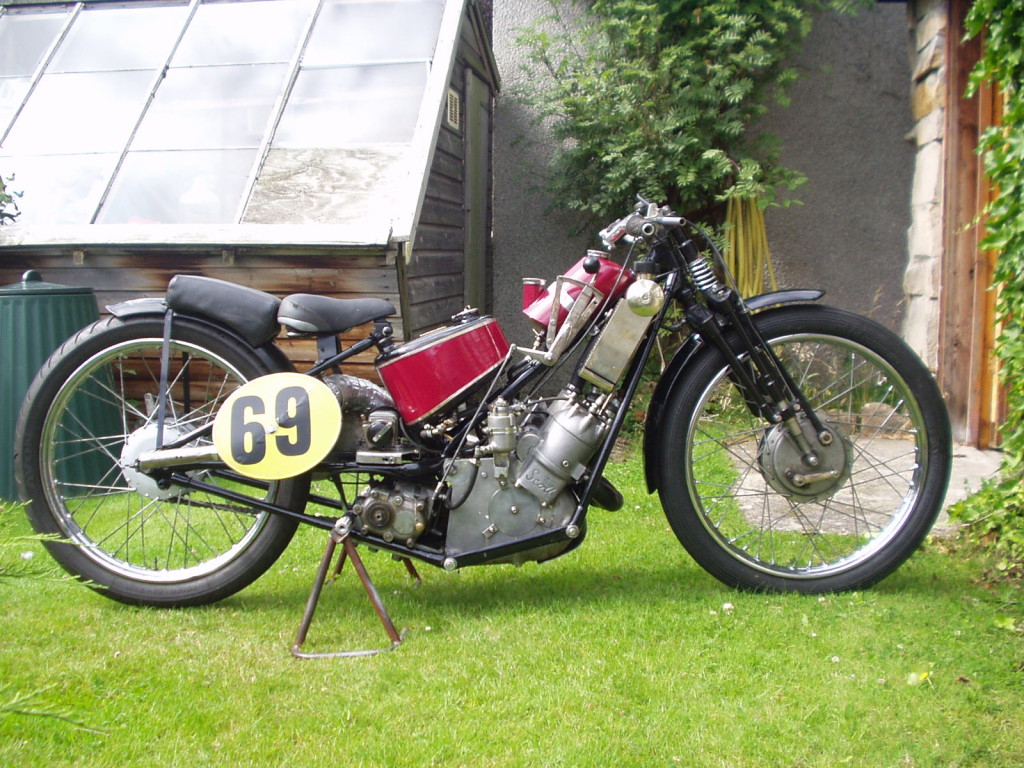 One thought on “Roger’s Flying Squirrel racer – some pictures”

The virtual oily corkboard of a vintage motorcycle racing family